BROWNSVILLE, Texas (Border Report) -- A congressional delegation with up to 17 members is expected to come to South Texas on Friday and cross an international bridge to view the refugee tent where thousands of asylum seekers live in Matamoros, Mexico.

U.S. Rep. Filemon Vela, a Democrat who represents Brownsville, told Border Report on Sunday that he is bringing a large delegation to see for themselves the condition of the asylum encampment.

An estimated 2,500 asylum-seekers, including 500 children, live in the filthy tent encampment just over the Gateway International Bridge. They are part of the Trump administration's Migrant Protection Protocols (MPP) policy, which forces them to remain in Mexico while their asylum cases are pending. 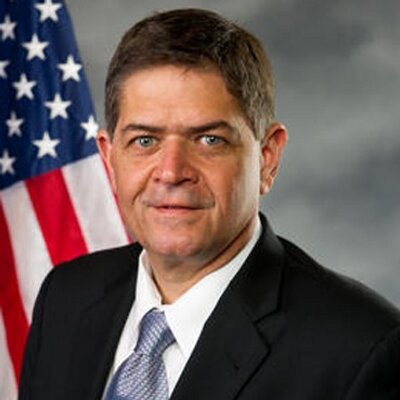 Vela has often invited his Washington, D.C., colleagues to tour the tent encampment.

Most recently, in November, he brought U.S. Rep. Bennie Thompson, D-Mississippi, who is chairman of the House Homeland Security Committee. Afterward, Thompson said that the Matamoros encampment is worse than refugee camps he has visited in Somalia, Africa.

"I am more convinced than ever based on what I saw to the extent of what I can highlight with my colleagues," Thompson told Border Report after his tour.

On Sunday, organizers who were protesting the conditions the migrants are living in, as well as the judicial tent city where their cases are heard, announced that the 17 members would be coming to South Texas. Several protesters said they plan to hold a daily vigil in Brownsville until every migrant is allowed to claim asylum in the United States.

Read a Border Report story about the picketing event and daily vigils being held in Brownsville.

Border Report has been invited on the tour with the congressional delegation and will report on the story.

Visit the BorderReport.com homepage for the latest exclusive stories and breaking news about issues along the United States-Mexico border.